The world depends on women for existence

For centuries, women have been the most suppressed section of the society. A woman has always been denied her due. Women also known as ‘Jannani' in Vedas meaning the birth giver, mother of life. The word itself depicts that women are the one who should be given the highest respect, but the truth is somewhere far from the actual reality.  According to a Sanskrit slogan, ‘Yatra Nariyastu Pujyante, Ramante Tatra Devah', meaning god only resides where women are respected.

The welfare of women had always been one of the central issues in the overall development of countries across the globe. Women all around the world have always been deprived of the right to education. She is more over treated as a domestic servant whose sole responsibility is to look after the family and household work. For decades, various social evils like child marriage, polygamy, inequality etc have been cursed to women. The society is made by men and men continues to dominate and exploit women. Society needs to have a better introspection into the problems faced by women across the country to empower them. It is also essential to improve the conditions of the woman in rural, slum and tribal areas as they are the weakest of all and constitutes seventy percent of the total women in the country.

To look after the welfare of women, our government has devised and implemented various welfare schemes like Rashtriya Mahila Kosh, Mahila Samridhi Yojna, Beti Padao Beti Bachao Abhiyan etc. Apart from government schemes, there are various non-profit government organizations which look after women welfare. NariSewa Samiti is one of the non-profit government organizations which is from decades working towards the women welfare and empowerment. The institutions provide education, vocational training, healthcare and family counseling to women and thereby making them both economically and socially empowered. Through various charity programs, the Samiti plays a vital role in offering girl education to financially weak girls and women helping them to achieve success in their life.
The sole aim of the NariSewa Samiti is to look after the women welfare and empower them socially, economically and politically thus working aggressively to eliminate women abuse and promote gender equality.
Posted by Nari Sewa Samiti at Friday, November 03, 2017 No comments:

4 Ways to Contribute Towards Women Education in India

Education help individuals to be well aware of their duties and rights. It also helps them realise their responsibilities to contribute towards the development of the country. We cannot hope for a nation to be fully developed without proper education of the women of the country. Women play very important role in the progress of a family, society and country. In order to make democracy successful in a country like India, women education is necessary. 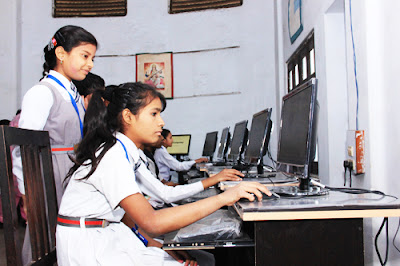 Create Awareness : One of the primary steps that contribute towards women education is by creating awareness regarding the importance of education. It is essential to make the people understand the value of education. You need to highlight before them the fact that education makes an individual self-dependent. A woman who is educated has a significant place in the society as she is able to contribute towards the development of a nation.

Support NGO Initiatives : Another way to contribute towards women education in India could be by supporting various NGOs that work to promote and support the education of women in India. There are many ways you can support such NGOs, one of the ways is through volunteering with these NGOs to educate the women for free. Another way that can be of significant help is by raising funds for such NGOs that support women education. You can also donate for women education. Also, as part of the community where such NGOs operate, you can ensure that there are adequate support and welcoming approach from the communities.

Create Dialogue with Communities : Support is needed from local police, members of legislative assembly and other influential people. Such people in the society are capable to donate and support for women education. NGOs must initiate a conversation about the benefits of girl child education, and how they can benefit the community at large. This message must be reinforced through cultural events, contact opportunities and discussions.

Improving the Existing Schools : Another important way that can be of great help in contributing towards women education could be by improving the condition of schools that support women education. This can be done through the appointment of more qualified and adequate staff. The schools should have more women teachers so that people residing in conservative areas do not hesitate to send their girls to schools. Moreover, there should be a provision of better building and educational equipment and should also provide a wide choice of subject.
Posted by Nari Sewa Samiti at Wednesday, October 04, 2017 No comments:

Email ThisBlogThis!Share to TwitterShare to FacebookShare to Pinterest
Labels: Donate for Women Education

Donate and Support for Women- To Improve the Community

In the developing world, women and girls are usually denied chances to educate women. The lack of education limits them at their home preventing them from earning name and fame in their life. Lower education certainly prohibits your prospects, minimizes family income, reduces health, exploitation of women and girls are possible through it and limits the economic advancement of the countries.

Nowadays, it is believed that education for girls and women is the most significant way to improve the lives of their families and to bring economic development to poor communities worldwide. The need to design, manage and evaluate community-based initiatives helping girls and women excel in their lives. Diverse programs for women education is provided helping girls acquiring good knowledge through quick enrollment. The higher education offered at these institutions helps girls gain access to create good educational, financial and social resources in their communities. They help them improve their lives and live happily with their families. For any parents, such support means creating a life of the daughters and giving access to basic education thus enabling them to make informed decisions about their futures and at the same time giving access to protection from trafficking, sexual exploitation, and other communicable diseases. 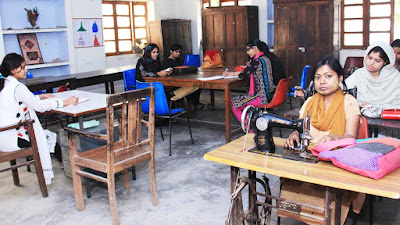 There are many NGOs functional to donate and support for women and girls allowing them to explore educational opportunities in order to improve their lives. Such facilities help develop skills allowing them to make decisions making a drastic change in the community. Such programs have a positive impact on the growth and development of women, family, society, and country as well. The functional NGOs support school girl in receiving basic education, vocational training, and a program allowing them to overcome their poverty.

You might have acknowledged the fact that educated women can give a better and healthier life to the entire community. So, look into it and take a proper step to empower women.

You might have acknowledged the fact that educated women can give a better and healthier life to the entire community. So, look into it and take a proper step to empower women.

Posted by Nari Sewa Samiti at Thursday, September 07, 2017 No comments:

Email ThisBlogThis!Share to TwitterShare to FacebookShare to Pinterest
Labels: Donate and Support for Women
Location: India

The Significance of Women NGO in The Women Empowerment

Women’s empowerment is the need for today as 50 percent of the population is of women across the globe. When we talk about empowerment, it actually means giving full power, independence and authority to live life. And as we are living in the 22nd century, women certainly requires equality to live freely and take major decisions of life.

Though, you will notice that as compared to men women have lesser power and they have the lesser freedom to live their own life. So, the time has come to give them equality to walk hand in hand with men because no country will prosper without the equality with men. Without their participation, no development work is ensured in any arena. It is the demand of time where women empowerment has become significant. Emphasizing on the today’s fact women development and women empowerment are two inseparable factors and are interrelated. This is the only reason many women NGO are working for women and their development. The government is also showing its concern on this important point.

Earlier, no power was given to women, they had not been given the freedom of speech against the exploitation they faced. In the 19th and 20th century, many protest and voices were raised against the harassment of women and their rights of equality were advocated.

It is a fact that people who are fighting for women’s liberation are facing severe hindrances. Initially, they were unable to amend the rules and regulations for them but nowadays, many NGOs are fighting for women and girls right. They are aiming to provide them with the best education, training, vocational courses etc. for their upliftment. By the help of such course, many women and girls are able to earn bread and butter thus, living their life smoothly. As poverty is one of the major concern for anyone, the support is being offered to stand on their own feet.
The women’s empowerment is being accelerated throughout the world and women are being motivated to play a vital role in diverse sectors including home and job front.

Nari Sewa Samiti
Nari Sewa Samiti is a leading NGO that truly believes in empowerment of women in India. The institution is working on providing good education, vocational training, health care and family counseling for the woman and girls. These entire support is offered to promote each and every woman economically, financially and socially.